I remember my mom telling me that life was unfair.  While she only used that exact phrasing when I couldn’t have something I wanted, there were more subtle ways this message came through.

For example, unfairness became a theme during middle school where I was bullied for walking differently.  I walked on my toes, something I was entirely unaware of until moving from elementary school to middle school.  They called me “Corn cob”, a reference to the humerous explanation for my odd bouncy walk, a vegetable up my ass.  Now it’s funny, but then, it was devastating.

When I asked for help, the advice I got was to ignore them. Don’t acknowledge them when they called me names from across the school yard.  I tried to hide the fact that even though they were only using words, it still hurt.  I think.  Not hurt like physical pain, but hurt like feeling unaccepted, the subject of entertainment rather than a member of a community.

It was unfair that this happened to me because it hurt me.  Being bullied taught me at a very young age that the world was harsh, and that aggressive people would have to be tolerated.  In fact, I’d come to learn, as many properly acculturated people coming of age do, that life is a game of jobs, families, and a source of hope on the side to cope with the unfairness and injustice around us.

I am grateful for my childhood and my family.  I was fortunate to have a loving upbringing, something I did not know was rare until I spent decades in school, working in community centers, and teaching in the Peace Corps.  My upbringing was a solid foundation from which I grew and reached my potential, something that far few people have an opportunity to experience.

Yet, it did contain some injustices.  Problems that I was unsure how to face when I was younger and more vulnerable.  My injustices are similar to the kinds of injustices we all face, at varying degrees of intensity and persistence over our lives.

All around me I see the unfairness from my childhood and I have to ask why is it this way?  Why to we hurt each other so much?  Why do some people not care about causing harm?  Why does insecurity, ignorance, and intolerance persist, even though no one wants them?  The warmongers.  The haters.  The selfish animals within us all are closer to the surface for some.  Sometimes, the world seems like a very scary place.

And yet, I am at peace with it all.  I’m at peace because I see that it’s getting better.  Because ultimately, most of us want peace.  I’m optimistic about humanity’s potential to improve itself, and I see how technology is shifting power to the peace makers of the world.

It’s fascinating bad it was, when you look back.  10,000 years ago we were lawless and ruthlessly fighting over territory.  1,000 years ago most humans were still enslaved by a small ruling class.  100 years ago, we still did not allow women or people with dark skin equal rights.  Even 10 years ago, we did not have the acceptance of diverse sexuality as we do today. 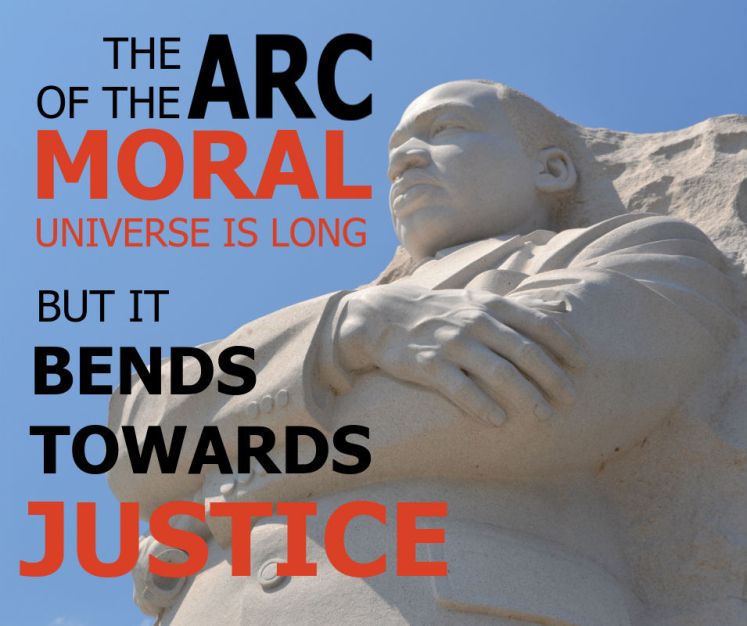 Martin Luther King Junior said it best, “The arc of the moral universe is long, but it bends towards justice.”  He believed as I do, that things are getting better.  Humanity is slowly getting better.

I have a role to play in making this world a little better, and I bet you feel the same way.  That’s why I’ve started Justice For Life.  I think we need a better narrative to capture what’s been going on for all these ages.  We need better answers to these important questions about life as a human being on earth; Why is life so unfair?  How can it be different?  How can I improve myself and the world around me?

There is a better way than to just ignore our problems.  We must seek Justice for them.

Justice For Life tells the story of our ancient path to our future world peace.  It’s a place for Justice Seekers and Peace Lovers to unite and inspire humanity to reach it’s full potential.